To produce soft, rich, yet elegant wines that all have the ability to age and retain brightness of fruit – wines that are timeless, classic and fresh.  This is achieved through combining decades of in-depth knowledge of our terroir with constant innovation and attention to detail.

Hartenberg’s holistic approach encompasses all aspects of the farm, including everyone who lives and works here. The Mackenzie family, owners of the estate since 1986, strive continuously to safeguard Hartenberg and their philosophy to “leave Hartenberg in a better condition than when we started”.

All our wines are produced, bottled and packaged on the estate and we are known for our red wines, in particular Shiraz, although our Chardonnays have increasingly garnered attention too.

Our underground cellar, the largest privately owner cellar in South Africa, affords us the perfect environment to age our wines for a few years before their release. 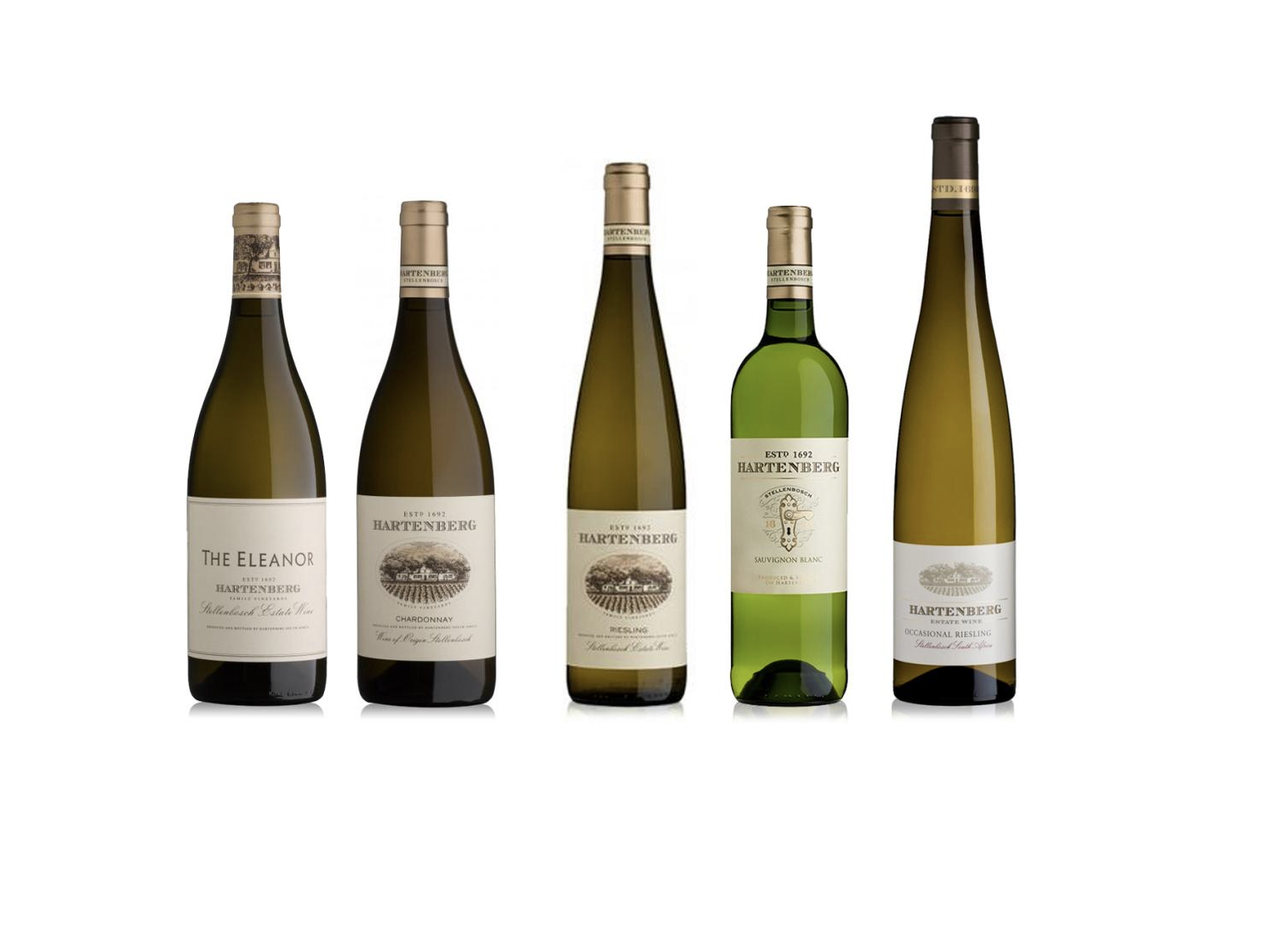 Nestled in a valley on the free-draining, north-eastern slopes of the Bottelary Hills in Stellenbosch,  Hartenberg enjoys a Mediterranean climate of warm, dry summers and cold, wet winters.

Our vineyards face north, west, and east, with varietals planted to take advantage of either morning or afternoon sun. There is a difference in altitude of some 250 metres between the northern and southern vineyards.

Overseeing all aspects of winemaking and sustainability at Hartenberg is our Cellar Master Carl Schultz who has been with us since 1994. He is assisted by winemaker Patrick Mgamane (since 2000), viticulturist Wilhelm Joubert (since 2006), bottling & labelling manager & assistant winemaker Oscar Robyn (since 2001).

Carl firmly believes that “wine doesn’t like change” and Hartenberg’s history of retaining staff ensures that the knowledge of our team grows each year, and this is reflected in the increasing quality of our wines.

The first settlers to cultivate the virgin land of the estate now known as Hartenberg were friends Cunraad Boin and Christoffel Esterhuizzen who were granted permission to work 60 morgen (20 ha) of the land in 1692.

Even then the wine-bearing potential of the soil was recognised and one of the first tasks that the two partners undertook was the clearing of the land to plant 2 000 vines.

In 1704, Christoffel Esterhuizzen was granted the title deed to “Het Hartenberg” by Governer (Willem Adriaan van der Stel) and became the first official owner of the farm. By 1718, he had 10 000 vines on his property and produced four leggers of wine.

The well-known elephant hunter, Paulus Keyser, bought Hartenberg in 1721 and continued the practice of vineyard cultivation and winemaking on the farm until he sold it to Jacob van Bochen in 1725.

Van Bochen, a former accountant of the Dutch East India Company butchery and holder of the liquor retail monopoly, also bought Weltevrede adjoining Hartenberg. The two farms have remained a combined property, forming the Hartenberg Estate as it is now.

For about one hundred years after van Bochen, the farm passed through the hands of various owners including Arrie Lekkerwyn (delicious wine), and Aaron van Ceylon (a freed slave). and in 1838 it became the property of the brothers Jacobus and Johannes Bosman.

An important period in the farm’s development was ushered in by the Hampf family when they bought Hartenberg in 1928. Mrs Hampf extended the vineyards and planted the many beautiful trees still to be seen around the farm and cellar, while her husband became the first officially recorded winemaker on the estate.

In 1948, Hartenberg was bought by the late Dr Maurice Finlayson (a well-known Cape Town pathologist) and his wife, Eleanor. Discovering the true potential of the estate, they soon began marketing their wines under the label “Montagne”. Besides good wine, the Finlaysons also produced two sons, Peter and Walter, who were to become renowned South African winemakers.

The Gilbeys were the next owners of the estate, purchasing it from the Finlaysons in 1977. They eventually released the present Hartenberg range as their flagship brand in 1985.

On 1 January 1987, Ken Mackenzie, purchased Hartenberg. His daughters continue a programme of investment in the farm, focusing on three key areas: the replanting to specific sites of premium varietals, the development of production facilities, and upliftment, through knowledge and skills for employees.

It is a known fact that climate change is a reality and for the Western Cape in South Africa this means temperatures are increasing and rainfall is decreasing. We have to plan and adapt now to ensure the longevity of our estate, its people and our wines.